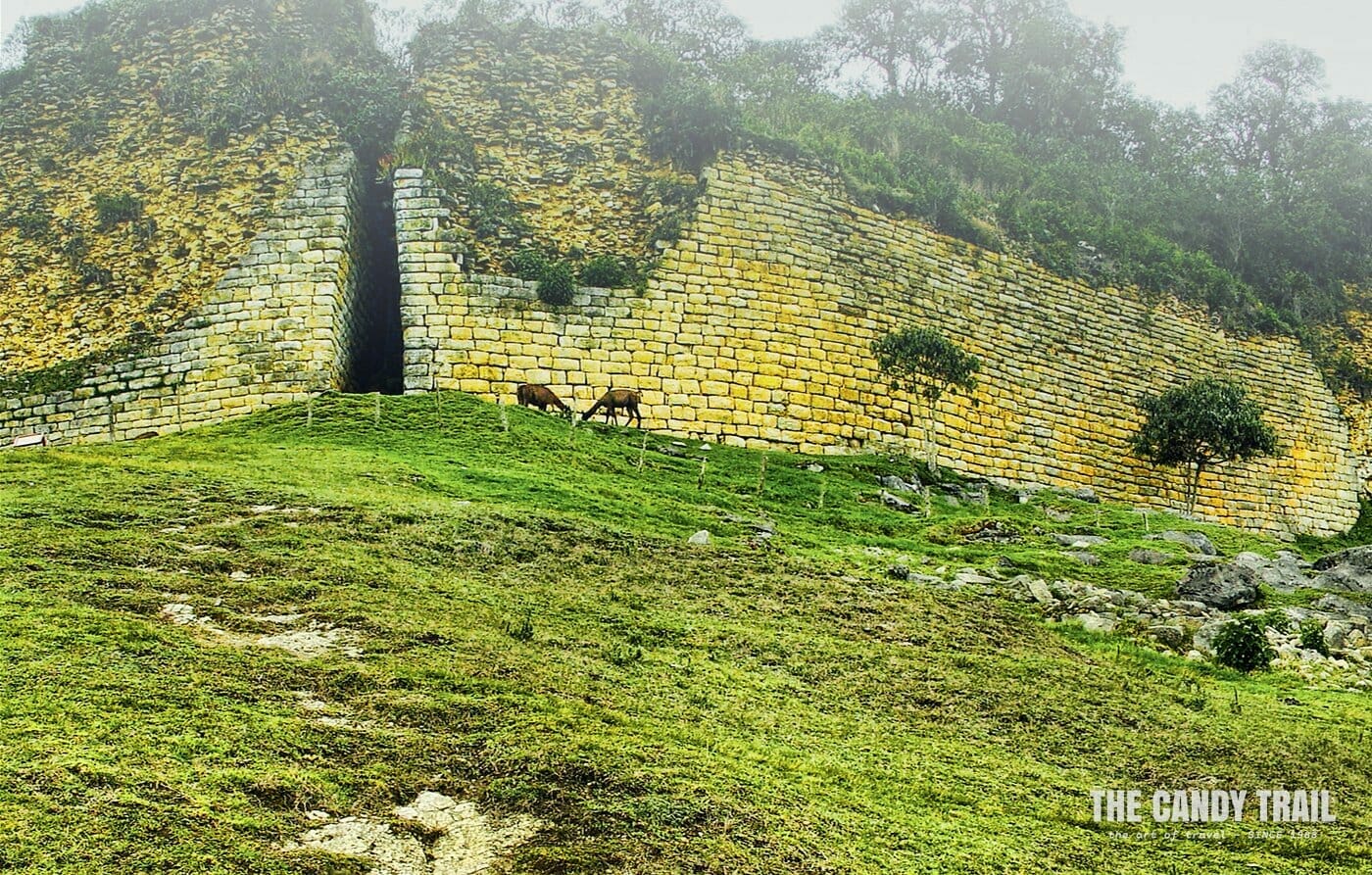 The Chachapoyas culture were known as the ‘cloud people’

Why? because they lived on mighty mountains amid the clouds (Duh!)

Anyway, at the center of their world was Kuelap.

Today, it’s an imposing stone ruin on a high peak, and after a few hours of hiking, the massive city walls appear.

The immense walls of Kuelap are another indigenous Andean engineering feat

This mighty fortress city was also a place of worship.

The sacred site sits at 3000 meters above sea-level, overshadowing the the Utcubamba River in the Amazonas region of northern Peru.

In 600 AD, they settled on this site and occupied it for 1000 years as a place for ceremonies and burials.

Chachapoyas was not a nation or an empire

It seems they were a federation of small states scattered across this mountainous territory, and when the Inca arrived in 1470 AD, they’d trouble suppressing Chachapoyas.

Twice, they rebelled, and had to be reconquered.

The Chachapoyas were a trading people

Kuelap was located to take advantage of the river-canyon trade route between the Pacific coast and the Amazon interior.

Chachapoyas’ residences were built on high slopes for defense, but also to take advantage of the terrain to grow potatoes and maize.

Scholars believe that beyond being a fortress to protect villagers in times of need that it was also home to a powerful aristocracy who oversaw food production and provided religious leadership.

According to Spanish accounts, the Chachapoyas were sorcerers, consuming herbs and hallucinogenics.

I visited Kuelap in 2003, and things have changed.

Apparently, there’s a bus and cable car route now, meaning mass tourism and probably a lack of feeling, I assume.

Back then, there was a road up and accessible by taxi – that I was unaware of until I’d hiked to the top!

And it was quiet; just a few Peruvian tourists, briefly.

If you have time, take a local bus from Chachapoyas (60km away) and stay overnight in the village of Tingo, which is below the ruins, and the next day enjoy the scenic and leisurely hike up to the ruins of Kuelap.

It’s steep. But not difficult hiking.

I stayed the night at a local house, 100 meters from the ruins. I enjoyed the company of local archaeologists based there, and also had drinks with a visiting female scholar from Germany.