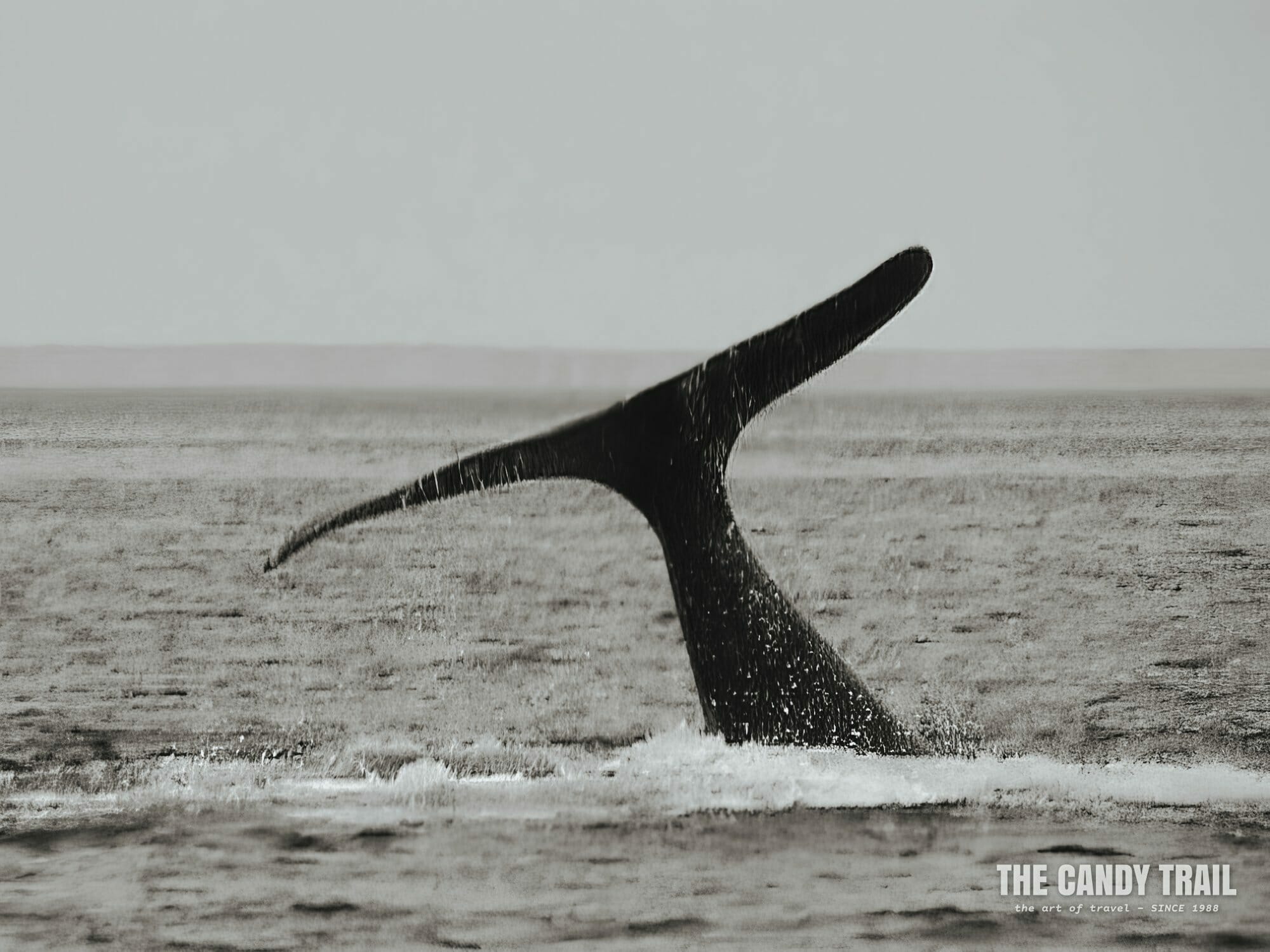 Flapping tail-fins as whales leap and splash – mother and calf at play.

They live on the coast.

Some live a kilometre inland, commuting to the beach daily to eat, socialise and swim.

Every year, between October and January, they return to the same burrow.

They named these penguins after Magellan

When his expedition encountered them in 1520, his botanist called them “silly birds.”

To me, they’re cute, even cool.

I mean, who doesn’t love penguins?

They’re so nonchalant, staring back at the larger staring species.

Actually, ‘penguin’ is a Welsh word given by the early settlers in Patagonia.

(But in English, ‘whitehead’ translates as “F*ck, gotta ‘nother pimple on me nose”).

Penguin’s squawking at me. Charges in my direction!

What have I done?

I dodge away for its beck’s sharp and because a swift-kick to its head will not win any points as an eco-tourist. (Particularly with a half-finished bottle of red in my hand).

It races past and into a hole.

The Argentine guide says he’s never seen behaviour like it.

All’s explained as we turn around.

Aware that of all the million burrows around us, I happen to be blocking his home. Blocking the path to his loved one.

It seems, even penguins get jealous.

Other inhabitants of the Patagonian coast are sea elephants

The freedom of these slothful creatures is enticing.

Unfortunately, the males are fat. With flappy wrinkles and a stubby trunk; only a mother could love such a face.

Their onshore movement is an obese belching-forward on their bellies.

As a consolation, the dominant sea elephants—the fattiest and ugliest – each have a harem of 40 to 50 females!

To be a Sea Elephant emperor…

But for them, there’s work to be done.

During the mating season, superior males lose about half their weight.

They achieve this by staying with their harem 24/7.

Not even leaving to eat, always defending their babes from sex-starved rivals.

These warriors are passionate about fighting and f*cking.

After watching the creatures of coastal Patagonia at play, I understood their passions as human.