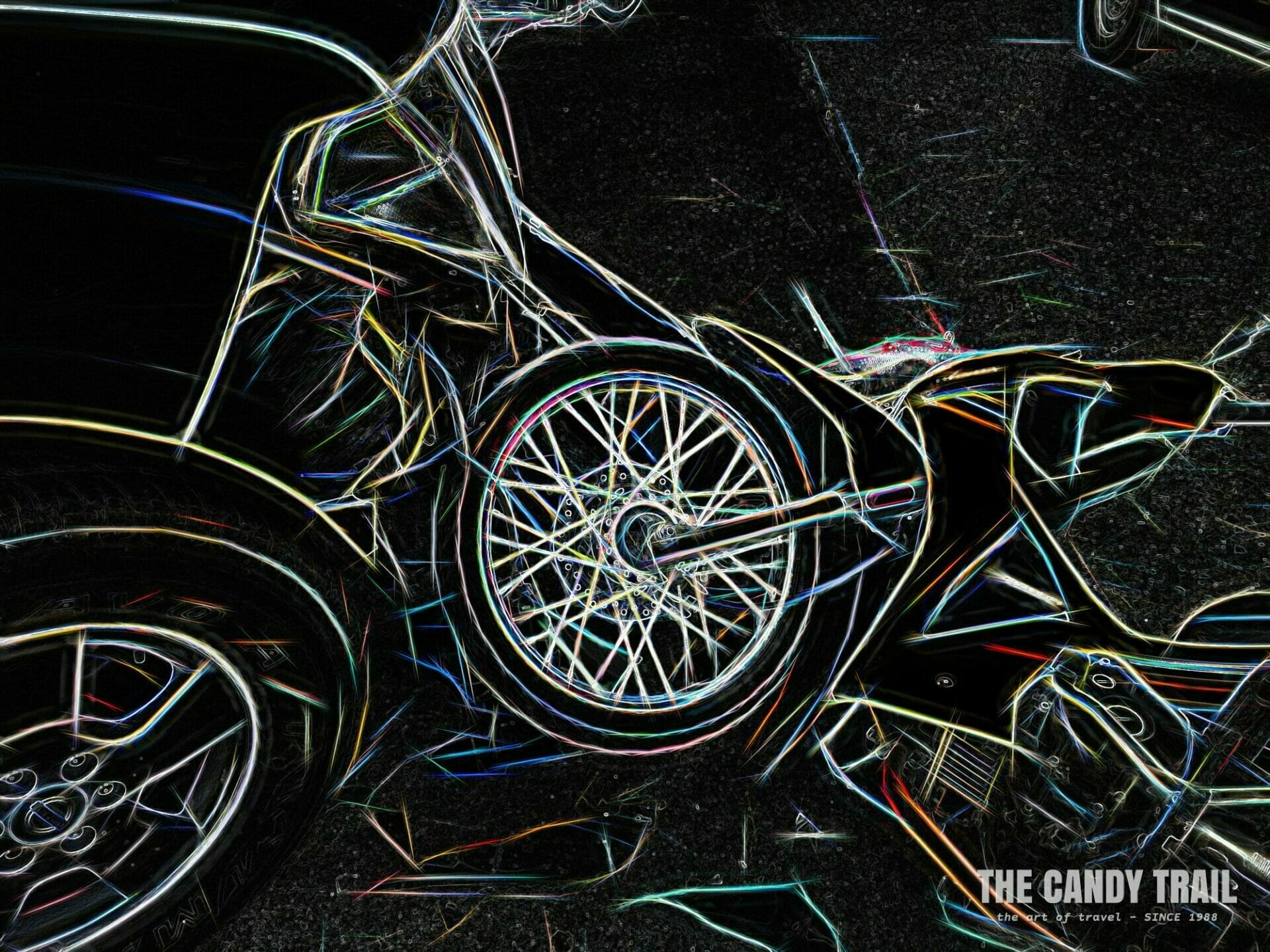 Carnage Amid the Happy Night – Laos

I’d just passed a joyous wedding party in a side-street, tables of food and drink and seated guests, others dancing to a band beside huge speakers.

Earlier, I stopped to enjoy a glass of cold Beer-Lao given to me by a guest.

Turning onto the main road about 100 meters further past the party, a young girl running in agonized shrieking.

Next second, I know why she’s hysterical.

Me among the first on the scene.

People running to the carnage.

Two bloody bodies collapsed by the motorbike and a small truck punched in – windscreen scattered – a glass web fallen.

Front passenger sits staring into space – not moving like a stunned statue, blood streaming down his face.

Sprawled on the road neither motorcyclists wear helmets; one young man is fucked and the other is dead.

The moment suspended in movie-scene surrealism.

In these seconds I am helpless – I don’t want to move the injured; surely his back’s broken; I can’t speak Lao; wish I was a doctor – others arrive.

More people gather shocked, stunned, others frantic in action as Lao men lift the bloody bodies onto the back of the pick-up truck then someone gets into the passenger seat and proceeds to drive … towards hospital.

I wander away into the calmer night, stunned, as thoughts of death tease me.

A few months ago on the back of taxi-motorbikes often traveling remote dirt trails – across Togo, Guinea and Sierra Leone – I’d always wondered when this would happen to me.

Near-missing trucks; skidding on steep rocky paths; sliding into mud bogs; close calls hitting livestock and people; the constant danger of being thrown-off the back of a bouncing bike.

Either by plain bad luck or a rash driving mistake, it could’ve all ended so differently for me in West Africa.