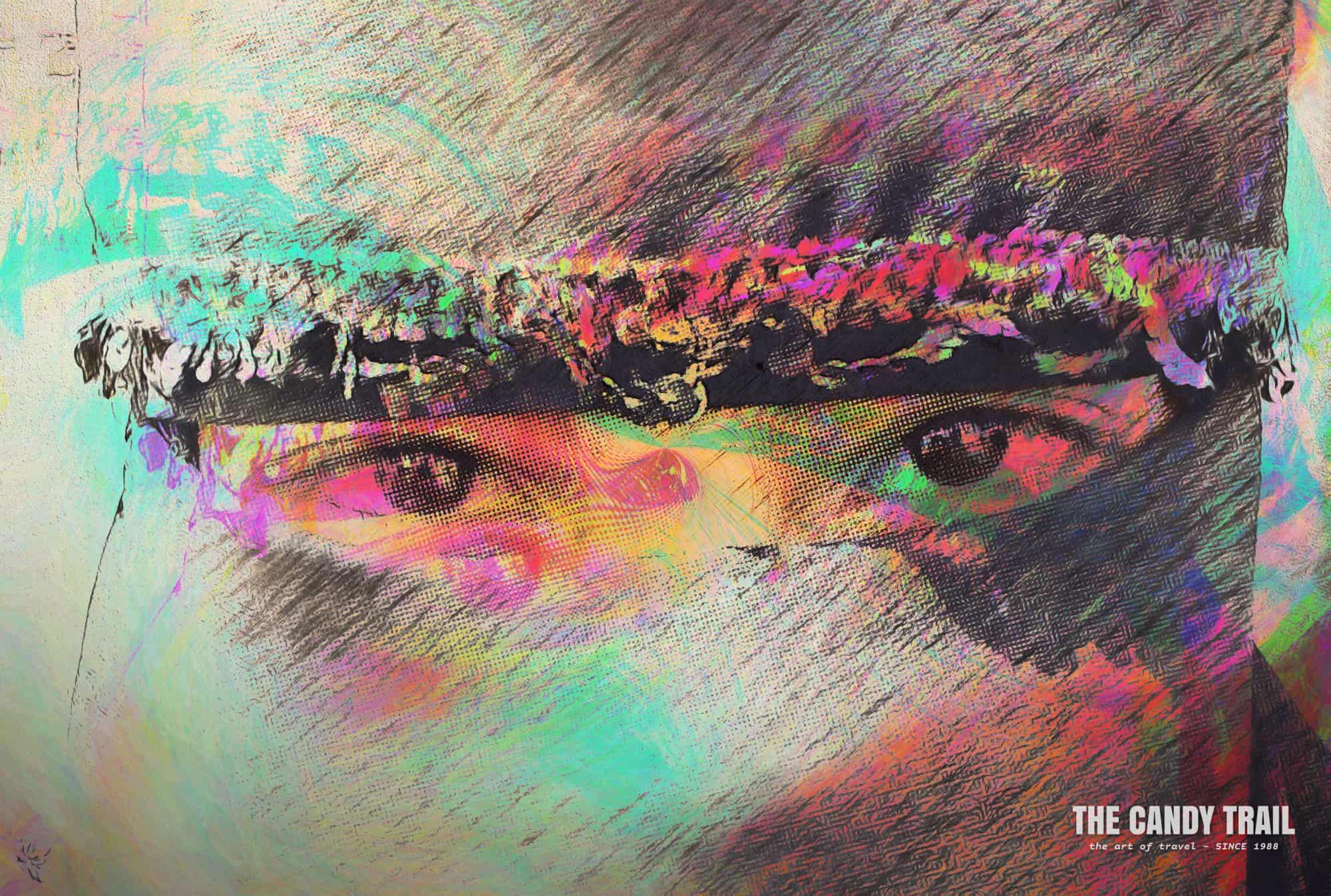 DISCLAIMER: This is an email from travels in Yemen during 2005. Now, war covers much of the country and visiting would be unsafe.

Here I am in Yemen awaiting the verdict by trial under Islamic Sharia Law.

The outcome will be either: 1) Deportation 2) Flogged a dozen times 3) Stoned to death.

So pick the right answer – and I’ll post you an Arabic-language Koran. FREE.

Cos I’ve bought a stack in my rush to repent.

Fortunately, my trial in Yemen is not that dramatic.

NO, it’s more akin to a luxury dream holiday: yanking out a wisdom tooth in Yemen.

But I hope that other sh*t got you out of your daily syrup for a second.

Me: I haven’t had a beer in 3 weeks and I’m ready to kill for one (or several – actually, which is why I’m here in the port of Aden in southern Yemen, formerly a British Protectorate and slightly- more-liberal than the north of the country).

But hell, I haven’t touched a drop as I’m well laid out on A/Bs (anti-biotics) and serious painkillers awaiting the verdict.

Will the tooth come out or not ?

Can only wait. Two more days and if the ABs are still no good then a dentist – disguised as a veiled babe – will yank me off.

And the following is also true: I’m very close to abducting Bin Laden.

And with this, topping up my depleted travel funds with that cool 25 million the Yanks are offering.

For Yemen is actually the ancestral homeland of Bin as his Dad moved to Saudi Arabia, later on.

But how close am I ?

Well, just before I got to the internet cafe, having bought a Powerhorse energy drink and a bottle of water from the qat-chewing – drug chewing – Yemeni, cheeks bulging, sitting on the floor behind the counter, so wasted, he tells me that my mineral water is produced by a Bin Laden company.

So, he’s one step ahead of the Yanks. Selling water to the Arabs. And that company is called … is called. Help, by buying the product am I assisting the enemy ???

Bet they – the US Government – will intercept this message and grab him before I can.* And there goes my hard-earned dollars – but the mineral water’s called: ALBARAKA.

See what happens when I don’t drink alcohol – sh*t just runs out of my mouth.

So here I am in Yemen – I think I mentioned that?

And the worse part about it is the absence of the hell-babe dentist, who can’t do it.

She isn’t allowed to do it, because my bum qualifies as a male outside of her immediate family and so it’s taboo under Islamic custom for her to look at .

But. But she can be my dentist and fiddle with my mouth.

Hell, I haven’t had sex since Amsterdam – when I binged on hookers and coke – the real one – one long fulfilling day, a month ago. (See what sh*t I shoot when I don’t fu*k).

ANON: Not sure if I should own up to this quote.

Anyway, so here I am in Yemen – I mentioned that, yeah, okay, well how are things here ???

Am really loving this amazing country of history and scenery.

And then there’s numerous ancient mountain towns and hilltop fortresses perched on impossible peaks in the north. The hellishly hot, Tihama Red Sea towns. The broken biblical ruins of the Queen of Sheba’s city in the deep desert. The frankincense routes. The kebabs and hummus, the monsoonal storms, the mosques, the people. Yemen, it’s all good.

Great, just now: two Muslim chicks – only eyes showing amid the black cloth swathes – are kissing and hugging here at the moment – just friends, I suppose.

Presently I am in Aden, and as I said it was formerly a British Protectorate until 1967 and important port for the Red Sea passage on the Suez Canal route.

I am here staying in the same colonial – and rundown, now – hotel that the great French poet Arthur Rimbaud stayed in 1879.

After disillusionment in France with the reception his work got there, Rimbaud stayed here in Aden, and took up gun-smuggling to Ethiopia.

He said in a letter to his mother: “Aden is a frightful rock without a single blade of grass”. He wasn’t a happy guy.

But I see his point.

Aden is based around an extinct volcano  (551 meters) against the sea and even today the only grass is an artificial – heavily watered – park. Otherwise, it’s hot and dusty. Rocky – like a harsh, Arabian Rio, with humps jutting out into the sky and sea.

I stay in the area known as “crater”.

Can you guess why it’s named?

Yeah, the old town is surrounded by volcanic walls or ocean.

Broken forts and old city walls sit along the volcanic ridges. I like the place and there’s zero tourists here.

Besides, I can’t leave without this tooth appeased or extracted and so I must await the verdict.

Yemen is different in every corner of the country.

For those that don’t know, Yemen was once two countries.

An Islamic North and a Communist South, until 1994. Then the last war finally cemented them together.

Before that Yemen was seized by the Ottoman Turks for a few centuries and later partially in the south by the British Empire.

But – like Afghanistan – it has always been a mixture of fiercely independent kingdoms, tribal wars, clad feuds and warring instability for centuries and all conquerors have failed to totally tame the tribes (including the present government and the problems of the far north near the Saudi border, with big clashes last year).

In Yemen, there are 20 million people. And for every man, woman and child – there are 3 guns each.

And like the traditional dancing daggers that men wear everywhere, in many areas of Yemen automatic rifles – Kalashnikov’s or AK-47s – are also carried like a fashion accessory.

Public display of weapons – guns – have been banned in the big cities.

But in the tribal area of Marib as I traveled the desert to visit the Queen of Sheba’s ruined city – under Police/Army escort, weapons were visible everywhere.

Army roadblocks every 10 km, and pick-ups with machine guns mounted. Tanks in emplacements. Compounds and forts along the stark desert road. Tribal guys wandering around markets with weapons.

There are tribal rules around guns in Yemen

According to locals: “No shooting women, children or old people; only in self defense if a weapon is raised against you or if there are two enemies present.”

Basically the only civilian men carrying guns in Yemen publicly, are the ones from whose tribes are in current conflict – a feud that may go back some decades.

In Aden, there are no guns in the streets here. But everyone has a gun at home, apparently.

Anyway, forget the hype, the terrorist lookalikes – cos there’s plenty of those here, the media mindset; for the people of Yemen are hospitable, helpful and friendly 🙂