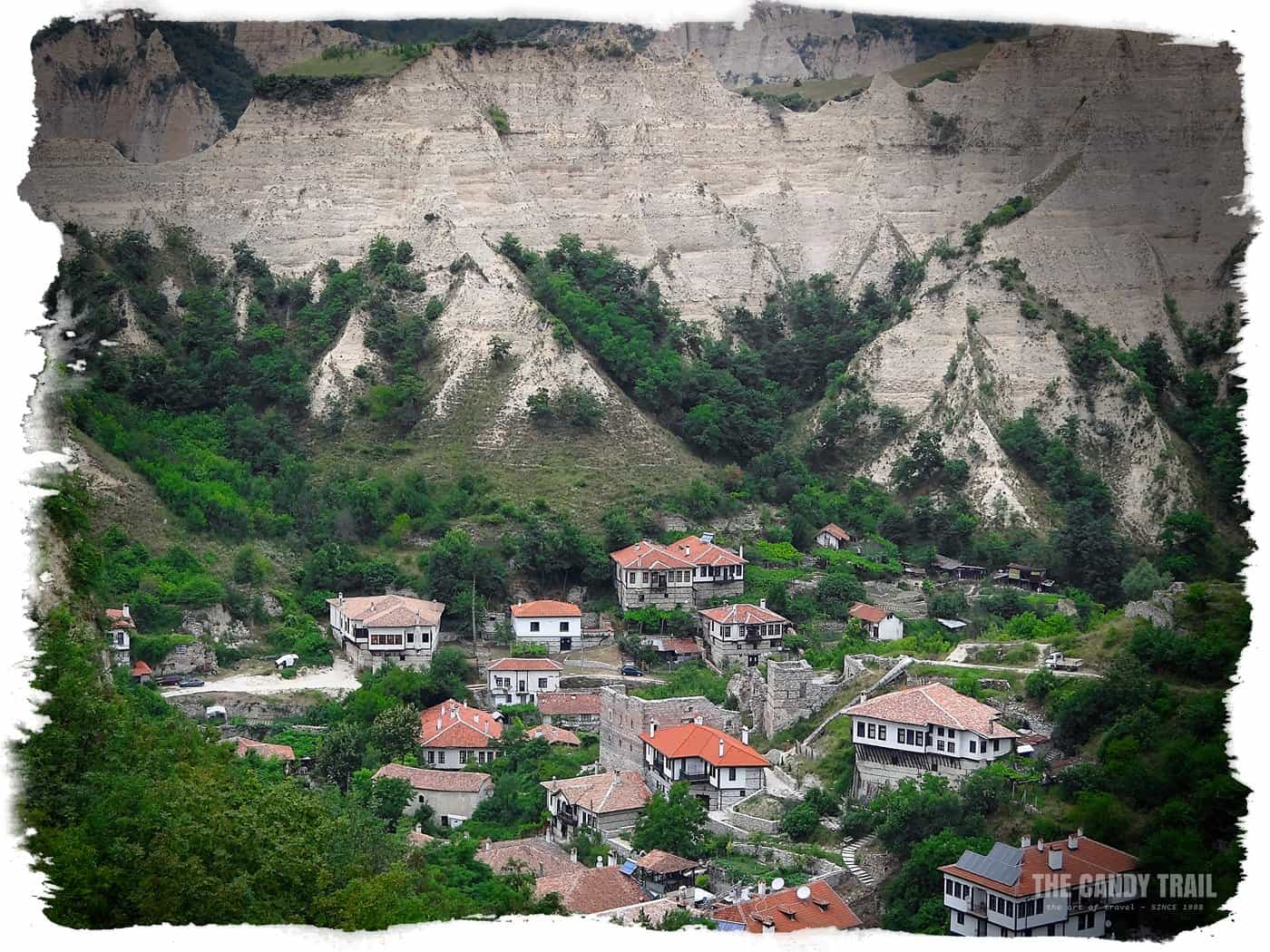 Looking down on – part of – Melnik from the pyramid-shaped hills surrounding the village. (Note: the ruins of a church in center).

So when I saw a pic of this lovely village amid escarpments – along with the fact that it’s a famous wine making place, I knew I had to get here.

Now, don’t get me wrong – I’m no wine snob. Not an expert. Nor wealthy or foolish to pay the prices that impress. But here, and in the Balkans generally, 5+ euros buys something quite drinkable. And beyond my stable favorites  – Cabernet Sauvignon and Merlot – I am happy to try it all.

The grand red master here is Shiroka Mehichka Loza, a wine that was the toast of Europe – including royal patronage – for over 600 years.

However good this sounds or however pretty Melnik looks, it’s story hasn’t always been roses and wine.

Melnik is not officially Bulgaria’s smallest village without good reason (at just 385 people).

You see, tragedy struck this booming town of 20,000 people during the Balkans Wars ( 1912-13: an extension – some say the start, of the First World War ) when it was burnt down … Melnik never recovered. Houses, and what were 70 churches, are now mostly ruins.

To quote the info from the Kordopulov House Museum:

The home of the famous Melnik Kordopulov Family, who were trading wine across Europe including Venice. The murder of Manol Kordopulov, one of the family’s heirs, on 27 October 1912, during the Balkan War, was followed by the assassination of 30 more people from this area. Shortly after, Melnik was torched. 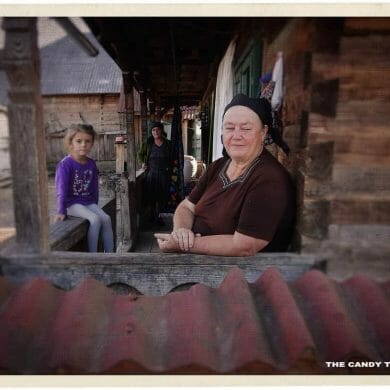