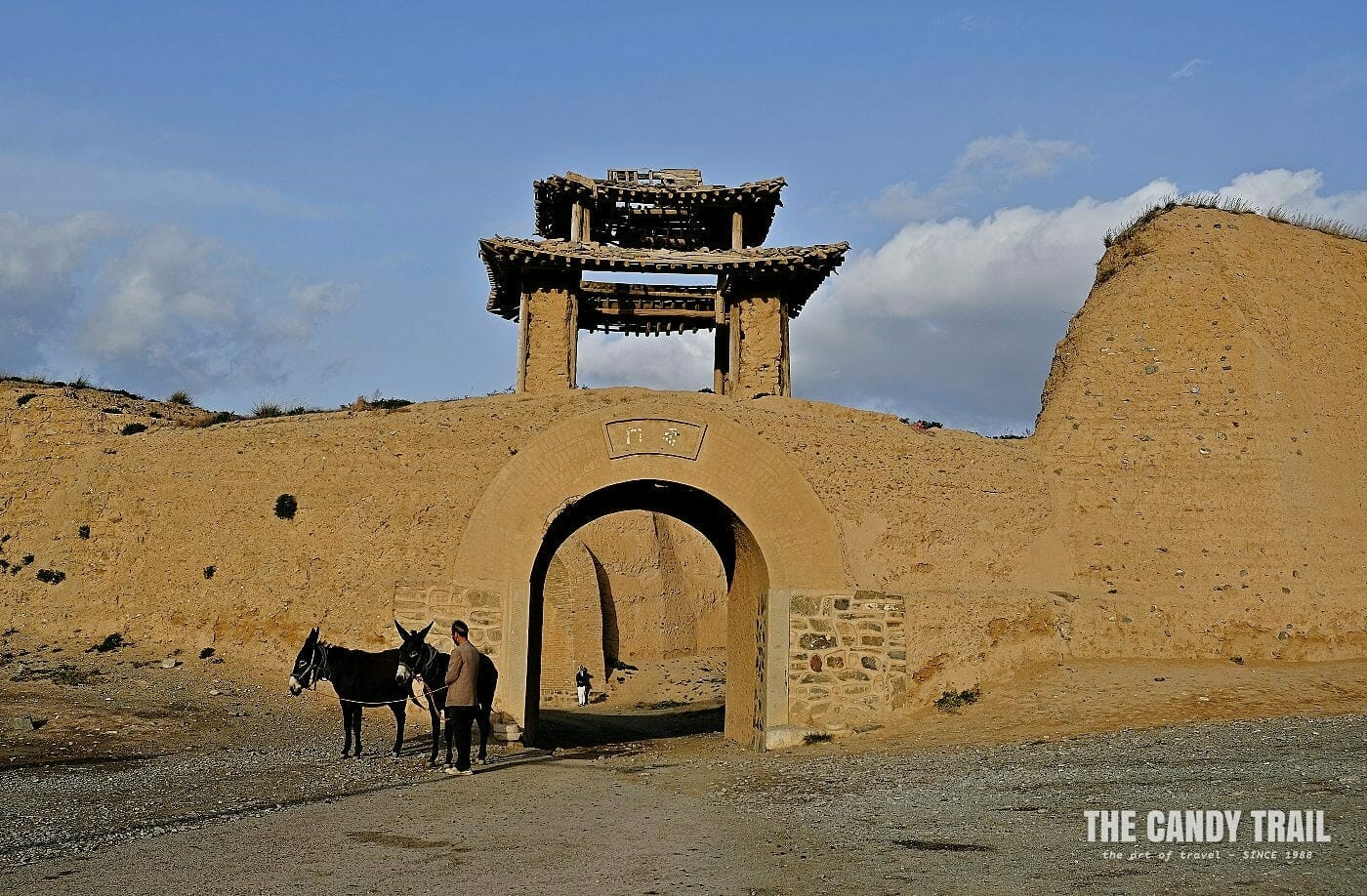 The silhouette of mountains evolves into a huge earth wall across the horizon.

Before us in our tiny van, stands the 400-year-old fortress of Yongtai, guarding another remote section of the ancient Silk Road.

Yet centuries ago, amazingly, it was built in just 15 months (during 1607 to 08). Here to protect Chinese settlements from nomadic raiders.

But apparently, according to a local – a self-claimed descendant of a “General” – the fort saw no military action.

As a deterrent, however, it’d proved effective, serving as a training ground for troops.

The Ming-era defensive design was a “Turtle-shaped Fortress.”

Double walls ringed the city gates – a common defensive strategy – and only after visitors had entered the outer enclosure were the gates of the inner wall opened.

Another defensive measure was the moat.

Now dry, but once 6 meters wide and 2.5 meters deep; so enough to avoid swimming with steel stuff while averting arrows to the head.

All along the walls, watchtowers and cannon ports (China was the world leader in using gunpowder armaments).

Visible across the landscape – from the near mountain range leading into the hazy horizon – beacon towers, which would send messages via smoke across vast distances to sections of the Great Wall.

Youths have left for city lights.

And so, the ghosts of age creep closer to the crumbling mud walls, nearing the battlements, poised to conquer.