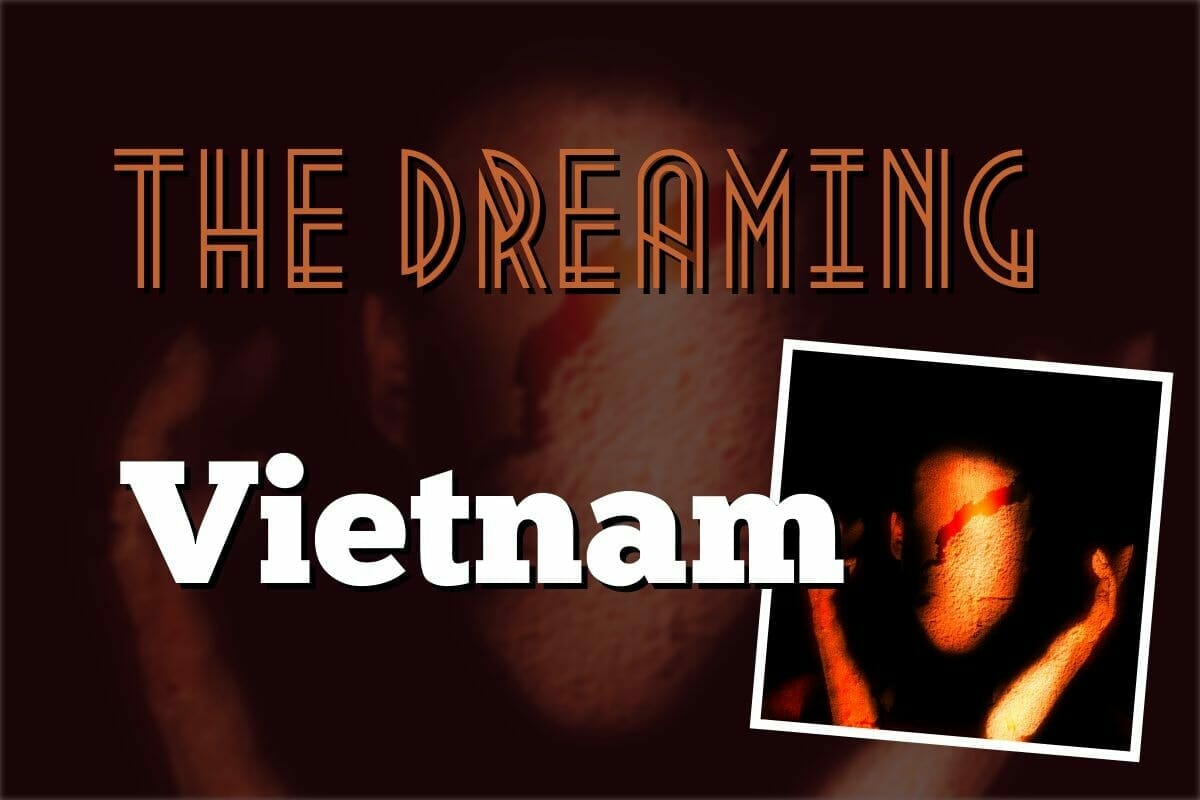 The Dreaming – Nightmare in Vietnam

Was walking somewhere, down some road when I came upon a street brawl.

Within minutes the fight engulfed me. I felt every kick, every punch as I sunk, swollen to the ground. Brutal beating. And horror – as liquid drowsed my body wet and reeking of gasoline and flame.

That sanitised hospital smell, the bright lights, white walls and nurses are what I remember next. And then facing my bandaged, melted face and thinking: Am I glad to be alive?

Wondering how could I face family and friends with this new look. Burnt beyond recognition.

Asking myself how could I live that same confident life now that I’m grotesque. Ugly as sin, as they say; as people no doubt would say, or think. There goes my any chance of a wife.

And when I got home it was as I foresaw. Frightening children, sinking friendships, shelving the looks-are-only-superficial facade and realising that I couldn’t cope with the new me.

I wanted to end it. I wanted the old me. I wanted people to remember me that way.

And I recall getting excessively high – then putting the pistol to my head, knowing as I did that I’d opted for the easy option. Dying. Knowing I wasn’t the strong, determined person that I’d thought myself to be.

Waking from that vivid dream some hours later still in Kontum.

There in the highlands of Vietnam, I realise – the movement in the corner of my eye -somebody stops and stares as I drink fresh orange juice in a dirt-floored shack – which is a shanty restaurant open to the street.

At first I don’t really notice him. Just another curious person. Just another tribal. Just one of the million today who’ve stopped to look.

My mouth hangs like the melted skin that drips from his face. He’s a zombie !!! Christ! It ain’t real.

I dart my eyes back.

This time he shyly turns away. And me too – shit, I’m gaping at a living horror – it ain’t polite. But this is real.

A man with a melted face. A face of waxy, oozing flesh and thick- stretched, whitened lips. And an eyeball exposed, round and bulging from the skull. The man with the Napalm skin stares. But catching my gaze, he turns. I feel sick.

That man is me from my nightmare. But he’s better than me: A person who wants to survive because life is worth any lost vanity.

I’m guilt-struck, and feel the urgency to gain his approval. As soon as our eyes re-connect, I smile and call: Jarao! Hello in Vietnamese.

He grins. (His cracked, blistered face like a happy horror.)

I wonder how often has anyone said “Hi”, to him. This misfit.

I want to photograph this guy – but lack the courage, the nerve to confront such a task. Some minutes later, he’s away, hobbling and bent. His warped, blistered face.

And probably felt it – but really it is I who is the freak, for thinking of him so …