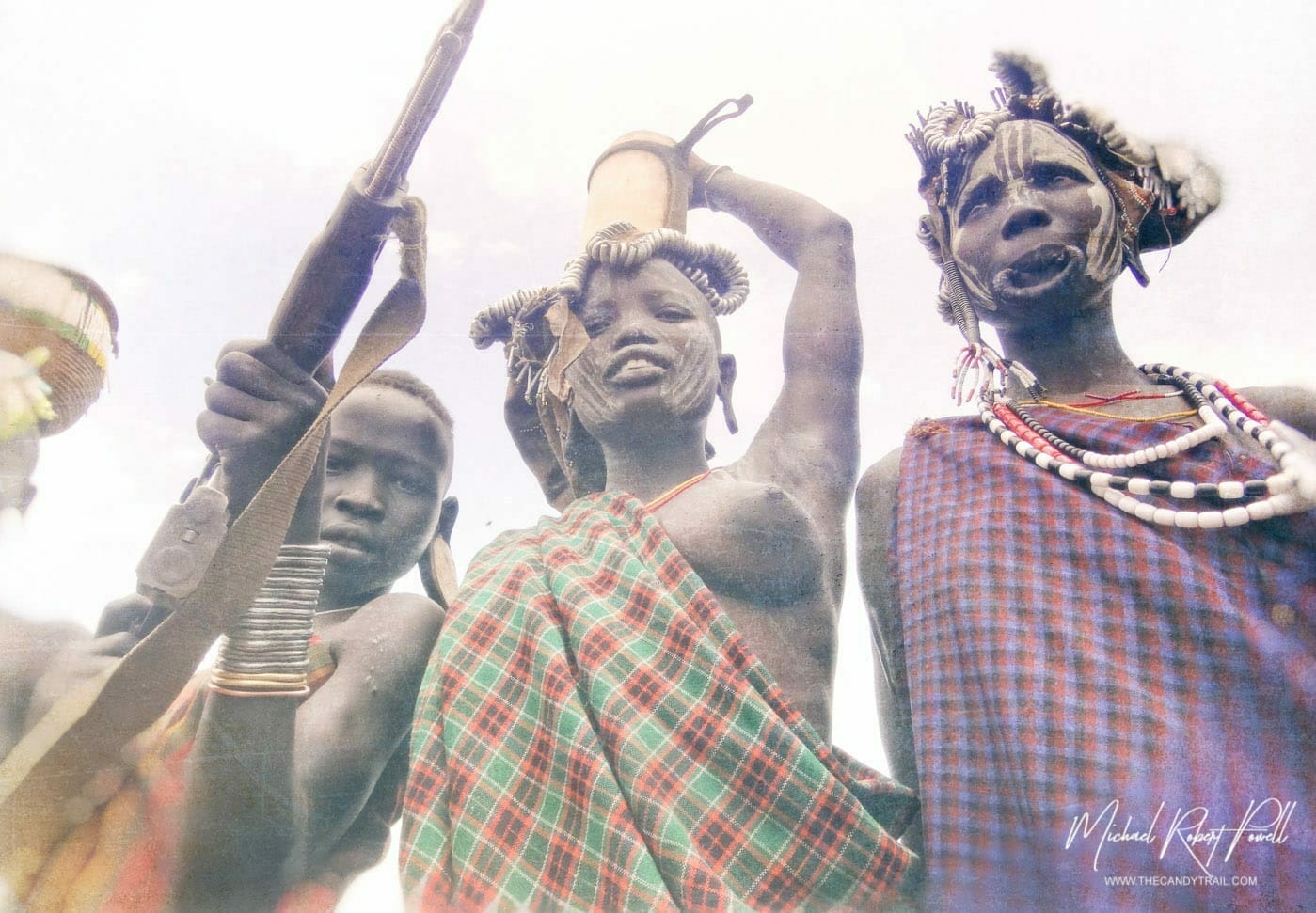 If you can imagine Africa – as it was centuries ago – well, imagine no longer, as it exists in Ethiopia today.

Human safari – stupid tourism, voyeuristic or not, I wanted to witness this aspect of humanity before it’s gone.

In western eyes, the Mursi tribe are famous / unusual for their tradition of women wearing lip-plates.

And today, this practice continues.

Teenage Mursi girls – not all but most – still get their lower lip sliced. And then a clay or wooden lip plate is inserted, that progressively gets bigger to stretch the lip.

As a result, prestige is later measured by who has the biggest lip plate.

And the size of these enlarged lips with plate can substantially increase the value of a Mursi bride.

According to our Mursi guide, the current bride price is 38 cattle and a Kalashnikov AK-47 machine gun (bought from neighboring South Sudan).

Why guns? Well, before it was more traditional – but in recent decades, guns have a distinct advantage in tribal conflicts.

The Mursi fight rival tribes in the Omo Valley

As all the Omo Valley tribes are pastoralists, rising massive herds of cattle – not for hamburgers or sale or such, but – as measures of wealth. Much like westerners collecting classic cars, fine art or Rolex watches. 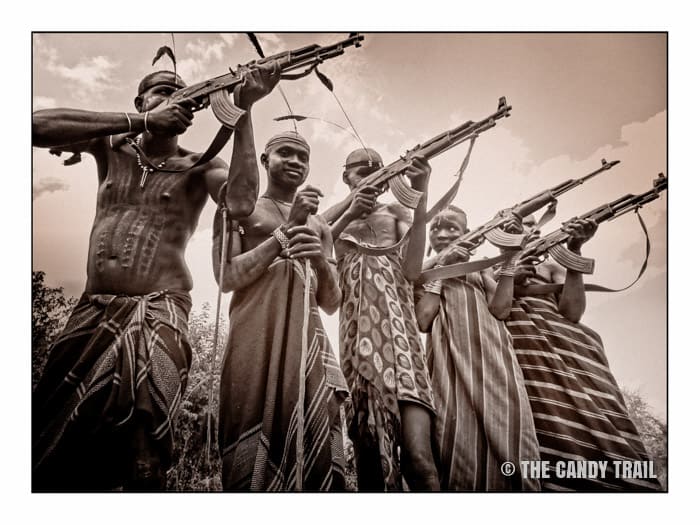 This is an untamed land.

Guns are used regularly. People are killed in tribal clashes.

The Ethiopian Government does not interfere (unless it threatens wider regional interests) and killers are left to be.

Actually, it is totally normal, accepted, and off course heroic to kill your enemies (as it was centuries ago). Fighting to defend your cattle, your tribe, your honor.

Warriors use body scarification and other symbolism to show how many enemies (or dangerous animals) they have killed.

[ I didn’t see this, but the Mursi are also famous for donga – severe, stick-fights to prove manhood and eligibility for marriage. Although these days, it’s not a fight to the death. ]

A rare and interesting fact (from our Mursi guide) is that unlike other tribes in the Omo Valley, who value virgin brides, the Mursi disdain such an idea. In fact, the only reason for divorce in Mursi culture is infertility on the wife’s part or being “an inexperienced virgin”. Young people are expected to play around and get experienced, before they find the right one, and settle. If a man cannot conceive, then his brother will help out. Apparently, infidelity within marriage is non-existent. 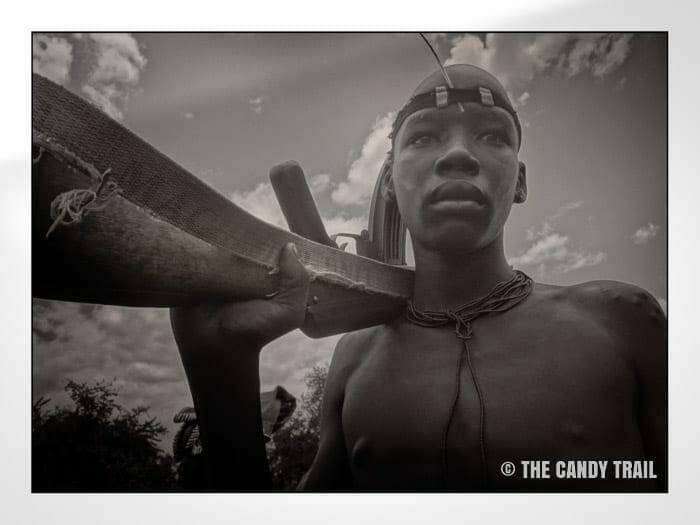 What is the future for Mursi tribe traditions?

But certainly, safari tourism is moving in (only way to travel this region) and the concept of money has been introduced to this cashless society (foreigners pay for individual photos + village entrance fees). And while they like money to buy modern items, it hasn’t changed their way of life.

But, for how much longer?

A bigger influence is Christian NGOs trying to stop the lip-plate tradition.

What next? Will they will be housed, clothed in shirts and slacks and reading bibles?

Life in a Hmong Hill-tribe Village

These nomadic Mursi stayed in simple stick shelters, but they’d obviously been exposed to foreigners before. Yet, it was still a raw experience.

Sure, they knew how to “dress-up” and pose for pics. But also there were a few laughs, shyness, and sincere cross-cultural playfulness. Nothing felt worn out, yet.

So, what I can say after one week traveling around the Omo Valley amid the various tribes is that the Mursi visit is among the top highlights (along with an overnight stay in a Hamer village and watching their classic Jumping of the Bulls ceremony).

These Mursi remain nomadic warriors. Bold but still curious of outsiders. And sure as a brief visit – off course, it was shallow and voyeuristic.

Yet, it was also mesmerizing, even surreal to observe people so distant from the cyber-century.