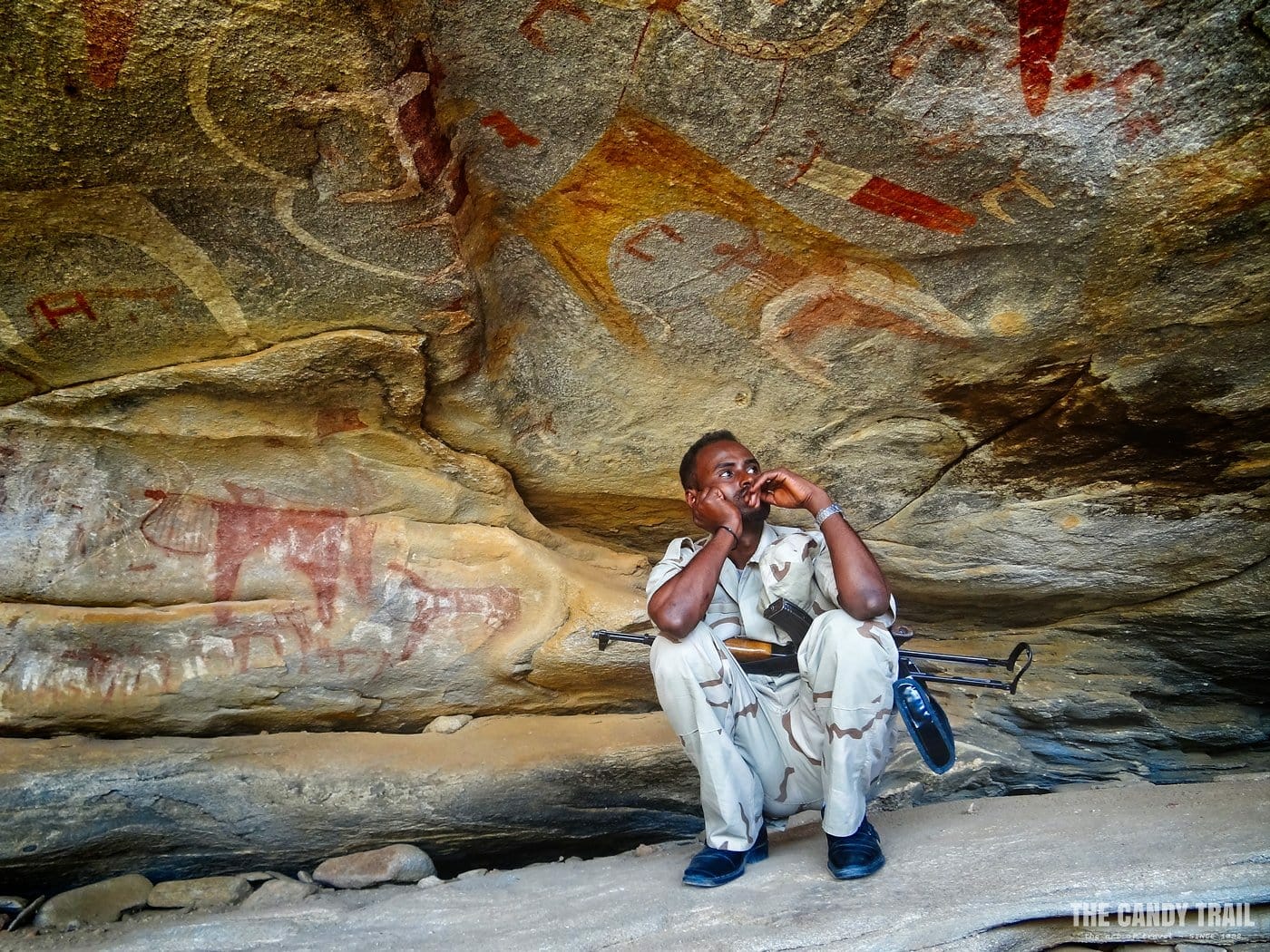 Soldier with an AK47 got in. This isn’t going to be a normal taxi ride.

My escort across Somaliland, and the driver, and I, passed the desert journey listening to music and chewing qat, a mild but legal narcotic.

Our destination was an isolated place of ancient art.

Recently discovered in 2005 by a French archaeologist, Las Geel is suddenly one of the world’s greatest prehistoric art sites. And it’s open to the public.

The cave paintings date from the Neolithic era, some 5000 years ago. And the art is in stunning condition – particularly since it’s open air – and the colors remain vivid.

Las Geel, in Somali, means “Camels Waterhole”, and is named after two rivers below the caves that once merged (but have since run dry).

There are 20 cave shelters at Las Geel.

And the most important cave (number 1), has about 350 images across rock ceilings and walls. A surreal swirl of simple figures – humans, goats, cows, antelopes, giraffes, dogs – painted in red, yellow, ochre and white.

RED TAPE + GETTING THERE

Las Geel is only 50 km from Hargeisa. But you must hire a charter taxi – along with an armed escort from the SPU (Special Protection Unit). The taxi and escort costs $US100 from the Oriental Hotel.

Furthermore, you need a permit from the Ministry of Tourism (@ $25 each person) to later give to the guard at Las Geel. If you can find other travelers to share costs, then do it.

However, I went alone.

You will probably have Las Geel to yourself.

It’s amid a desert and it’s hot. Take water and snacks.

Following Las Geel, I’d planned to travel to Berbera on the Red Sea coast (rather than return to Hargeisa). If doing this, arrange it beforehand as public transport is difficult to get. Or even use – you get grief at checkpoints by doing so (at least I did in 2013). 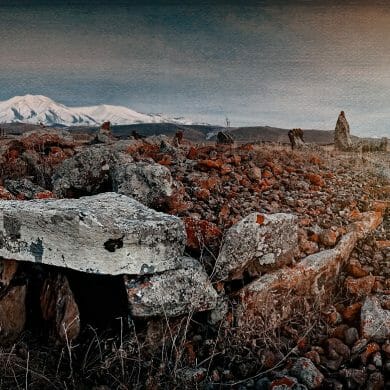