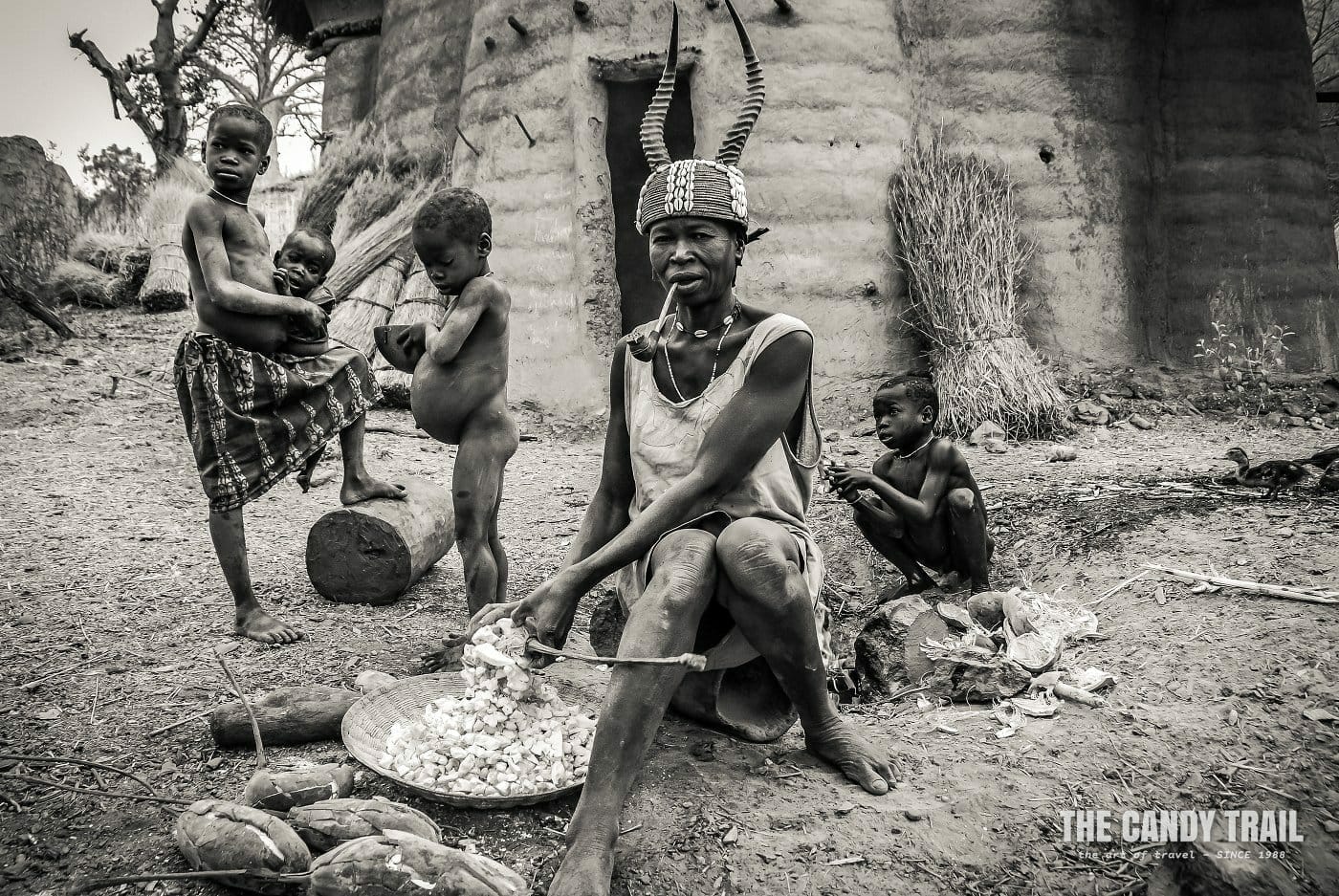 To escape slave-grabbing raids by the neighboring Benin kingdom in the 17th century, the people of Tamberma Valley built these fortified houses.

Constructed from clay, wood and straw, these fortified houses – called Tata – are group of towers and rooms connected by a thick outer wall.

The houses can only be entered through a single narrow door that leads into a dark chamber, which was once used to trap an enemy so he could be showered with arrows.

For the people of the Tamberma Valley life still revolves around their enclosed elevated terrace, where families relax, cook and dry crops.

Above the ground floor, the conical-roofed towers are used for storing corn and millet. While other rooms are for sleeping and washing.

Animals – dogs, chicken, goats – are kept below, under the family terrace.

At the front of these fort houses, traditional shrines and animal skulls protect the inhabitants from evil spirits.