Village Amid a Fishing Frenzy – Cambodia

There’s a buzz across the Mekong River – a chorus of – put-put – boat engines.

According to a local, it’s the best season to fish.

From my riverside balcony on the guesthouse third-floor, I watch this addictive river scene in the shade of a sweltering day. Drinking beer. Motoring boats. Nets pulled in. Boats returning to the floating fishing village on the far riverbank of the Mekong.

Then again the spluttering boats go out to cast net, and haul. From sunrise to sunset this fishing frenzy continues.

I am watching this in the Mekong riverside city of Kampong Cham – “port of the Chams”. And it is the Chams who are doing most of the fishing.

Within the majority Khmer population of Cambodia are a people called the Chams.

This ethnic group were originally Hindu – as were others 1000+ years ago in Cambodia – but later, instead of converting to Buddhism, they turned to Islam.

Some Chams follow traditional Sunni Islam, while others are Fojihed Muslims who adhere to a Cham interpretation of the religion including belief of the supernatural and magical powers.

After an entire afternoon – and the next morning – of watching this panorama of fishing action, I knew it was time to get my legs working and exercise my way across to the far river bank to visit the Cham fishing village from where all the activity stemmed.

It was a very hot walk across the mighty bridge. Dusty along the village dirt trails. Lots of Hello-Hello-s. Locals surprised that a foreigner would bother to visit them.

I stopped and took some snaps. Visited a mosque. Hung-out with crazy kids on the river bank. Accepted a ride in a fishing boat back across the river to the city as dusk set across the Mekong.

WATCH THE VIDEO – Walkabout in a friendly, Cham fishing village. 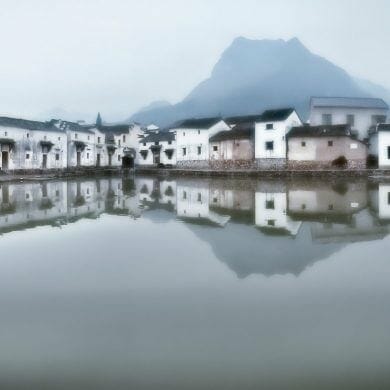