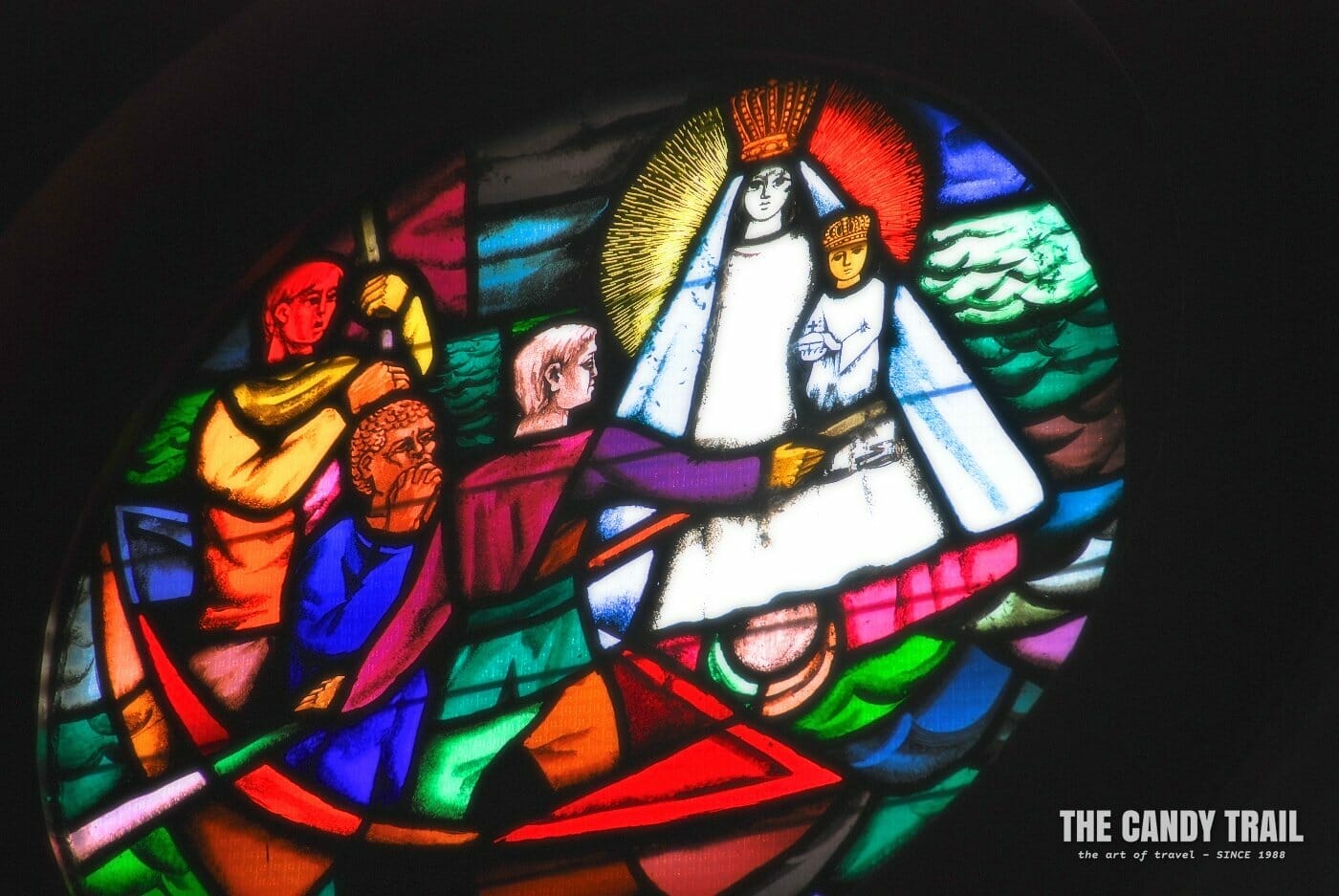 Miracles here, are attributed to the “Black Virgin“.

The Black Virgin of El Cobre

According to legend, the’ Black Virgin of El Cobre’ – also known as “Cachita” – was found in the Bay of Nipe in 1608.

Happened upon by 3 fishermen lost in a storm, they saw the statue bobbing in the sea.

On this 30cm-high, wooden statue was the inscription: “I am the Virgin of Charity“.

In her left hand, she carried the child Jesus and, in her right, a golden cross.

Saved from the fury of the ocean, the grateful anglers took the statue to El Cobre, where over the years, the Virgin’s said to have performed many miracles.

The Basilica of Nuestra Señora del Cobre dates from 1927

In her honor, Cubans built a hermitage in 1916, and Pope Benedict declared the Virgin of El Cobre the Patron Saint of Cuba.

In 1988, Pope John Paul II crowned and blessed her.

However, a sanctuary has existed on the El Cobre site since 1648.

Among the masses of pilgrims to visit El Cobre was – Ernest Hemingway (who enjoyed years living in Cuba).

He left his Nobel Prize for “The Old Man And The Sea” here as an offering.

It was within a glass case (until some idiot stole it; but they recovered it) and now, it’s hidden from the public.

Getting to the Basilica de Nuestra Señora del Cobre

Best done by hiring a taxi, but it’s also possible to get to El Cobre by public bus from the city of Santiago de Cuba.

The day I visited El Cobre was remarkably quiet; sometimes there can be vast crowds.